​The first Certified Farmers’ Markets in Humboldt County as we know them today began in 1978 and were held on a vacant lot at First and ‘F’ Streets in Old Town Eureka. The original “Community Producers Market,” as it was then called -- one of the very first farmers’ markets in the state -- hosted 6 to 8 local growers, with a picturesque backdrop of the Tarantino Fish Company, the old ferry building and Humboldt Bay. “It was a dirt lot full of weeds, but the backdrop gave it a lot of charm,” recalls Marilyn Kelly, current market member, and one of the original community members responsible for starting the farmers’ markets.

These earliest farmers’ markets were a project of a larger federal grant program known as the Community Action Project (CAP), whose purpose was to alleviate poverty in rural areas. Operating under the umbrella of the Redwood Community Development Council through the Center for Community Development at HSU, employees of the project worked on on nutrition issues and agricultural development, and researched the feasibility of a community cannery. Marilyn was the Agriculture Advocate for the project, and worked extensively on developing and coordinating access to food, including working with local farmers to spur interest in a farmers’ market.

During the same period, another project working on similar issues was also sponsored by the Redwood Community Development Council and housed in the same building. This Agricultural Development Project, funded by the State’s Comprehensive Employment Training Act (CETA), created a series of reports on suitable agricultural crops for Humboldt County, and defined the regions of the county for their agricultural significance. These crop reports spurred interest in appropriate crops and growing areas that led to the surge of farms in Humboldt. The project also helped coordinate shared purchases and distribribution methods for local farmers, and was ultimately the starting point for the formation of the North Coast Growers’ Association, with the guidance of Don Jones.

By 1981, the State of California’s Direct Marketing Program in Sacramento was in full swing, and the original farmers’ market project coordinated by Marilyn received new grant funding to help manage the markets and support their expansion, including the opening of a new farmers’ market in Arcata, located on 7th and G Streets at that time. “We were the darling of the state’s Direct Marketing Program, and were used as the example of how to start a farmers’ market,” recalls Marilyn. “The direct marketing movement and farmers’ markets picked up hugely after that.” In 1984, the North Coast Growers’ Association joined forces with the farmers’ markets that had already been running for several years, and the organization began to evolve into the present structure we know today.

Many things have changed between then and now. Our membership has grown from a handful of farmers to more than 100 members, and we now host 10 certified farmers’ markets in different locations throughout the county. Whereas the original intent of direct marketing was to provide an outlet to growers who had produce that didn’t conform to standard pack regulations, now many farmers grow product specifically for the farmers’ markets, and rely on these markets as their primary outlet and livelihood. Our producers have expanded the boundaries of agricultural production in Humboldt and currently grow in every part of the county, increasing the bounty and variety of what is produced locally in every way.

We have also worked hard to develop our community outreach programs by forging strong community partnerships, expanding food assistance for low-income folks, and increasing access to fresh, local food through our markets and educational opportunities. Our markets have enjoyed enthusiastic community support, becoming an institution and a social gathering space to celebrate food, farming and community in Humboldt County.

Today, the North Coast Growers’ Association is a 501(c)(3) nonprofit organization, making significant contributions to the health and well-being of our community. 2018 was our 40th anniversary of operating farmers’ markets in Humboldt County. Membership in the NCGA is open to residents of Humboldt County who grow or raise what they sell within the county.  Working collaboratively, NCGA members and staff represent agricultural interests in Humboldt County through community partnerships that promote local and healthy foods, programs that increase access to local food, participation in local, state and federal policy-making, and the coordination of our seven certified farmers’ markets. We thank our community for their ongoing support, and we look forward to another 40 years!
​ 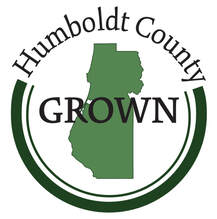 ​The NCGA is a Founding Member of the California Alliance of Farmers' Markets. The California Alliance of Farmers’ Markets is a newly formed coalition of farmers’ markets from around the state of California, committed to working together for the betterment of our industry. The Alliance has five main activity areas: Access & Equity, Policy & Advocacy, Best Practices, Professional Development, Marketing & Consumer Education, Integrity.​
​

1978: The farmers’ market, the “Community Producers Market,” is held in Old Town Eureka on a lot at First and F Streets.
1980-81: North Coast Growers’ Association is formed.
1981: Arcata farmers’ market opens on 7th and G Streets; Old Town farmer’s market continues on Tuesdays.
Early 80s: We begin accepting paper food stamps at farmers’ markets.
1984: The North Coast Growers’ Association joins forces with the farmer’s markets; the Arcata farmers’ market moves onto the Arcata Plaza beginning with H Street, and later expanding onto 8th Street.
1987: Farmers’ Market opens at the Eureka Mall on Thursdays.
1991: Tuesday afternoon market in Arcata is opened.
1992: NCGA develops a logo and begins distributing the first farmers’ market posters; The Arcata Plaza market begins expanding onto G Street.
1994: The McKinleyville farmers’ market is opened at the McKinleyville shopping center on Tuesday afternoons.
1995: NCGA works with the State WIC department to help develop the Farmers’ Market Nutrition Program, expanding access to the markets for women with infants and children.
2005: NCGA begins accepting EBT (electronic “food stamps”) at farmers’ markets -- one of the first markets in the state to do so.
2008: Portia joined the staff and then became the Executive Director.
2008: Cafe Brio invited farmers’ market vendors to sell in front of the cafe during the winter after the main season market ended -- this was the earliest and unofficial “Winter Market”.
2009: NCGA is approved for Federal nonprofit status, granted retroactively beginning in 2008.
2009: The California Market Match Consortium forms. NCGA, in partnership with Food for People, joins the Consortium in its second year (2010) after a pilot season.   NCGA coins the term “Market Match”.
2010: Laura joined the staff.
2012: Ivy joined the staff.
2012-13: The first “official” NCGA Winter Market begins in front of Cafe Brio and becomes so successful that it outgrows the available space in the first year. This is the first year-round market season.
2013-14: The Winter Market moves onto the Plaza.
2015: CMMC helps create a federal program to provide Market Match funding, the Food Insecurity Nutrition Incentive program (FINI).
2015: NCGA begins managing CalFresh an Market Match programs for Fortuna and Garberville markets.
2015: Colleen joins the staff.
2016: The McKinleyville farmers’ market is relocated to the new Eureka Natural Foods lot.
2016-17: CMMC helps create a state program to provide additional Market Match funding, the CA Nutrition Incentive Program (CNIP).  NCGA now receives funding through FINI and CNIP
2017: The Willow Creek farmers’ market begins
2018: NCGA’s 40th Anniversary! NCGA merges with the Fortuna Farmers’ Market, and partners with Humboldt Made and Eureka Main Street to launch the Friday Night Market in Old Town Eureka.