Visit the Arcata Plaza Farmers' Market to purchase the freshest Humboldt-County-Grown and GMO-free produce along with plants, meats and other wonderful products. Educational materials including a seasonal eating guide, recipes and garden growing guides, and farmers' market merchandise items are available at market for your convenience.

The Arcata Plaza farmers' market is the largest of NCGA's markets, hosting over 70 local farmers and makers at the height of the season. The market as we know it today evolved from the first "Community Producers Market" started in 1978, and was one of the very first farmers' markets established in the state.  The Saturday market moved locations a couple times before landing on the Arcata Plaza in the mid-80's. Since then, the Arcata Plaza market has expanded to all four sides of the Plaza, showcasing a wide array of agricultural products from throughout the county. The center food court was added in 2004, and the market became year-round with the official adoption of the Winter Market in 2012. The Winter Market had been operating unofficially in front of Brio at their gracious invitation since about 2008, starting with just 2 vendors. Today, the Winter Market is almost as well attended as the Main Season.

Families picnic in the grass, hula hoopers abound, and spontaneous events pop up from time to time including group tai-chi or the occasional flash mob.  Over the years we have hosted many events at the market including produce tastings, salsa competitions, pumpkin contests, Diversity days, the Eat Local Challenge and many others. We also continue to partner with Arcata Food Project's gleaning program, ensuring any extra produce gets to folks who need it. 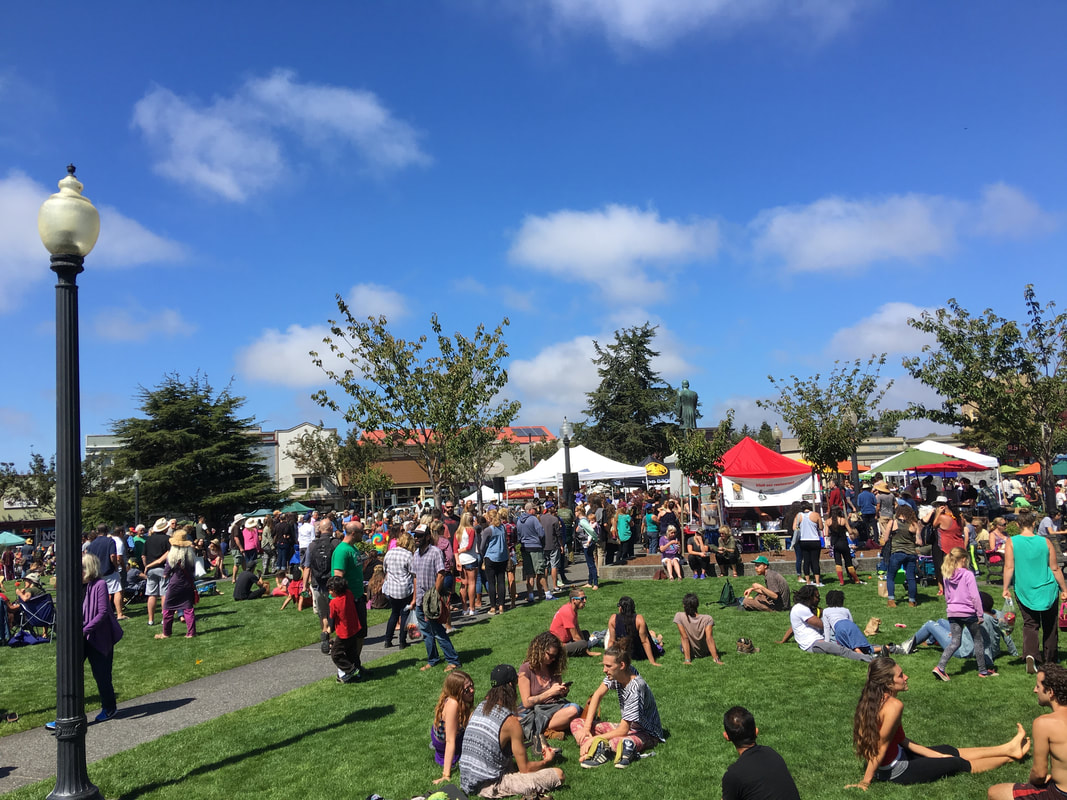 The Arcata Plaza is located on the city block of 8th Street and 9th Street/ "G" Street and "H" Street in Arcata.
​Click "Google" below to get directions.