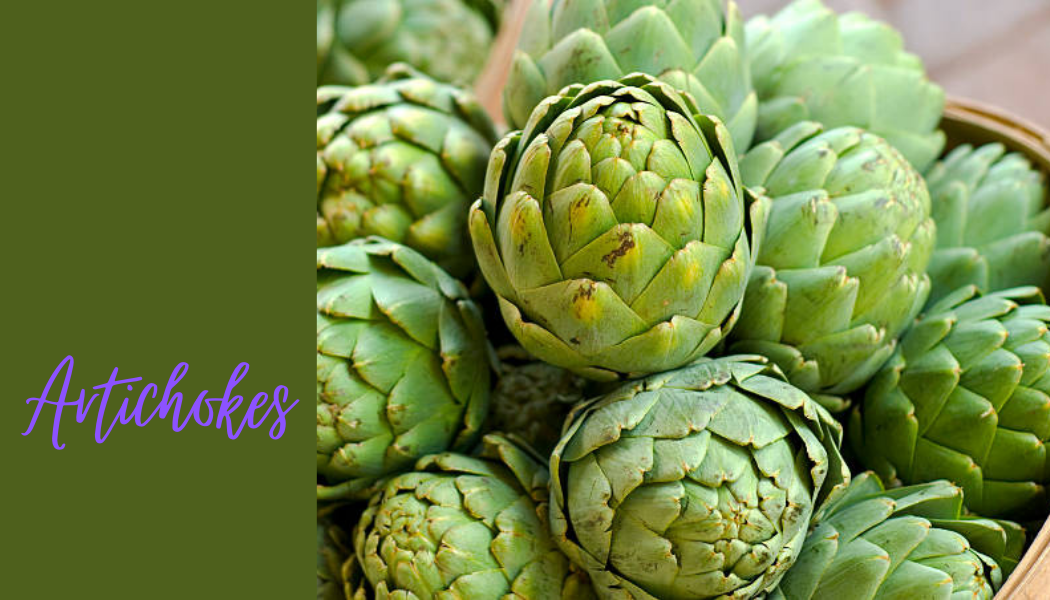 Did you know that artichokes are unbloomed flowers?  They are relatives of the sunflower and nettle, as well as comfrey.  They are, reportedly, one of the oldest foods known to humans.  Artichokes are ranked number one over all other vegetables when it comes to antioxidant levels, including anti-inflammatory antioxidants.  California produces almost 100% of commercially grown artichokes in the whole country!

According to Greek mythology, the artichoke became known through the Greek God Zeus. As the story goes, Zeus spotted a beautiful girl named Cynara, while visiting his brother Poseidon. He instantly fell in love, made her a goddess and took her back to Mount Olympus with him. However, Cynara became lonesome and took secret trips to visit her family. As soon as Zeus discovered these trips, he was angered, kicked Cynara off Mount Olympus and turned her into an artichoke. The scientific name for artichoke--Cynara cardunculus—derives from this this myth.

​Ciro Terranova “Whitey” (1889-1938), aka the “Artichoke King”, was a member of the mafia. What? He purchased all the artichokes shipped to New York from California, created a produce company and resold the artichokes at a 30%-40% profit. Eventually, the mayor of New York declared a ban on everything artichokes! One week later, the mayor admitted to loving the vegetable too much, and lifted the ban.
Seasonality: Artichokes are most widely available March-May, however some plants produce flowers multiple times a year, so you may also see them in the fall at the market.

Storage
Follow this link to our storage tips page

Preservation
Follow this link to our preservation tips page
Artichoke hearts can be frozen, pickles, or canned

The Basics: Artichokes can be eaten fresh with the leaves, or you can remove the tender hearts and use them for a variety of recipes.  To eat fresh: with a sharp knife, cut the first 1/2" or so off the top of the choke's leaves, then cut the whole bulb in half lengthwise.  Remove any fuzzy or purple flower that is starting to form in the center.  Steam or boil for 10-15 minuted, or until tender.  Brush cut side with olive oil or butter, sprinkle with sea salt, and place under the broiler or face down on a hot grill for 5 minutes, or until the edges begin to get brown and crispy.
To separate the hearts: cut the first 1" or so off the top of the choke's leaves.  Turn this cut side down on a cutting board, and make diagonal cuts away from the stem, beginning to remove the leaves starting at the base.  Continue until all leaves are removed.  You may choose to cut the hearts in half or keep whole, depending on use.